Sex and close relationships, such as marriage, are typically associated with one another. However, the reality of long-term relationships is frequently very different from this anticipation, and the unfortunate fact is that the passion often dwindles with time. Sexless marriages are all too prevalent, and depending on the stage of a couple’s relationship and the reasons for the lack of sex, they may have negative effects on the couple’s future together as well as the partners’ physical and emotional health. In this article, we’ll examine one aspect of a sexless relationship and focus on the sexless marriage effect on husband.

There is no debate that in a marriage, sexual compatibility is just as crucial as intellectual and emotional closeness. However, it is possible for marriages to continue even in the absence of sexual compatibility, and sex might eventually stop. There could be a number of causes for that to occur. After having children, a couple may lose interest in having sex, get preoccupied with their careers and families, or even begin to view sex as a pleasurable activity and accept the possibility that they won’t engage in it frequently.

Sometimes a couple may not even give much thought to the absence of sex in the marriage and may even be completely pleased with nurturing financial security, concentrating on parenting responsibilities, and starting a family together. That is how many couples avoid infidelity throughout sexless marriages. But the effects of a sexless marriage on a husband could be terrible when the man is interested and his partner is not.

15 Effects Of A Sexless Marriage On The Husband

1. A Sense of Failure

What impact does a sexless union have on men? Living in a sexless marriage as a man could make you feel inadequate.

Low self-esteem is one of the main repercussions of sexless marriage on husbands.

Although you might not express it out loud as a man, you might begin to wonder, “What’s wrong with me?” Even when your close friends are unaware of the issue, your behavior already demonstrates how your self-esteem has been impacted.

It will only get worse if the man tries to find acceptance and a sense of desire somewhere else.

In such circumstances, the husband may feel resentment and hostility toward his wife, which could result in further arguments. The issue would worsen rather than be resolved by doing this. The enraged and resentful husband may eventually resort to infidelity or leave the marriage.

4. A Sense of Humiliation

It may be a typical occurrence for wives to make fun of and discuss their depleted sex life with their peers, leaving the husband feeling disgraced and ridiculed.

If your wife interprets it as light conversation or an amusing fact, this could lead to conflict and even animosity. This is one of the most prevalent consequences of no sex in marriage.

We all can agree that sex increases the hormones that make us happy, therefore a lack of it will result in both partners being less joyful and more irritable. For some people, it can also lead to depression and an overall sense of disconnection in the relationship.

Sex, both the quantity and the quality of it, and physical wellness are closely related. Sex has a big impact on your bladder, prostate, and heart health. The lack of sex in marriage might cause a man’s physical health to begin to deteriorate.

Sex and intimacy play a significant role in the relationship and are essential to developing a stronger connection, understanding, and love. If there isn’t even a hint of sex in your marriage, you and your husband can start to drift apart.

A husband who lacks access to the bedroom could also look for love and connection elsewhere.

Your emotional relationship with your partner might be significantly impacted by a lack of intimacy. If you notice that your spouse is being cold, uninterested, or distant toward you, it’s because they are experiencing a lack of feelings for you as a result of marriage without intimacy.

10. Thoughts Of Getting A Divorce

When there is no sex in the marriage and it begins to affect the husband, he may think of separating from her and getting a divorce. He might start having divorce thoughts, and if it goes on like this, he might even act on them.

Sex significantly reduces stress and causes the body to release feel-good hormones. Lack of sex can result in mental health problems, particularly if the male believes he cannot be effective in bed and meet his wife’s requirements.

A sexless union might lead to a number of misunderstandings in your relationship. It may result in a lot of unspoken things that cause issues for a married pair. It is best to discuss the causes and repercussions of your sexless marriage if you are stuck in it.

Your relationship with your partner may change if sex is eliminated, as is the case with a sexless marriage for men. He might start treating you more like a roommate than his wife.

He might go out on his own, hang out with his pals most of the time, or be by himself. Even though you share a roof, your marriage might be in trouble.

14. He Feels Lonely and Isolated

When a man is bound to a sexless marriage, he may begin to feel lonely. He might not have wanted that kind of intimacy with anyone else, to begin with.

Even if he believes that he won’t want to cheat on you or even leave you because of this, he can nevertheless feel extremely lonely and alienated in such a situation.

There’s a good probability that your entire marriage will suffer if you and your husband are locked in a sexless union. If you’re the one who doesn’t want to have sex with him, or if you don’t want your husband to touch you anymore, he can start to question you.

He might believe that you are getting your sexual needs met by someone else outside of the marriage.

In a similar vein, you can frequently assume that he meets his sexual demands from someone outside the marriage because there isn’t any sex in the marriage. A relationship can really suffer from a lack of trust.

What is a husband supposed to do if he finds himself in a sexless marriage? Should one give up and simply file for divorce? Some guys may feel free to conduct an affair as a result, but we all know that this isn’t the best course of action. So, what is the best way for a man to fix his sexless marriage? Here are some ideas that should help:

Jumping into an intense and passionate routine may be difficult if your marriage has been sexless for a time. Don’t lose patience. It will take some time, and getting turned on can even be difficult for you.

As they say, you can fix practically everything with open conversation, and the same is true for your sexless marriage. The most important piece of sexless marriage advice for guys is to be open with their partners. You might even be able to determine the root cause of the issue through discussion. There are also impacts on the wife in a sexless marriage. Let your wife explain her side before expressing yours. Work from the cause and begin with it.

Do you still recall your wedding vows? Review these and consider how much you value your wife and this marriage.

Don’t give up right away. Try your best to work on the issue rather than dwelling on the negative repercussions that a sexless marriage has brought you. It is possible to fix your sexless marriage if both of you are open to change.

You would understand each other’s perspectives once you had begun conversing. Because every circumstance is unique, you should make concessions in light of what you can do to strengthen your marriage. You should both be open to making adjustments.

Work With A Therapist

In more ways than you might imagine, a marriage counselor can assist you.

So, if you’re having trouble, don’t be afraid to ask for help. A marriage therapist can help you with your marriage and sexless marriage in a variety of ways. Start by going to BetterHelp, answer a few questions about you and your situation, and you will then be matched with a licensed marriage counselor who can help you.

You may be feeling that the sexless marriage effect on husband is too severe to overcome. However, with proper effort on both sides, combined with the guidance of a licensed marriage therapist, you can work through your challenges and save your relationship.

Men in sexless marriages often feel stuck, but there is hope, as long as both partners are committed to solving the issue.

As a BetterHelp afﬁliate, we may receive compensation from BetterHelp if you purchase products or services through the links provided.
Category: RelationshipsTag: Marriage Counseling, Sex Therapy
Additional Resources 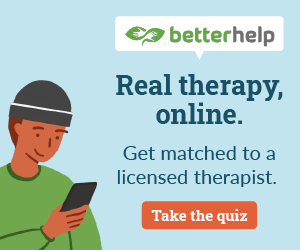